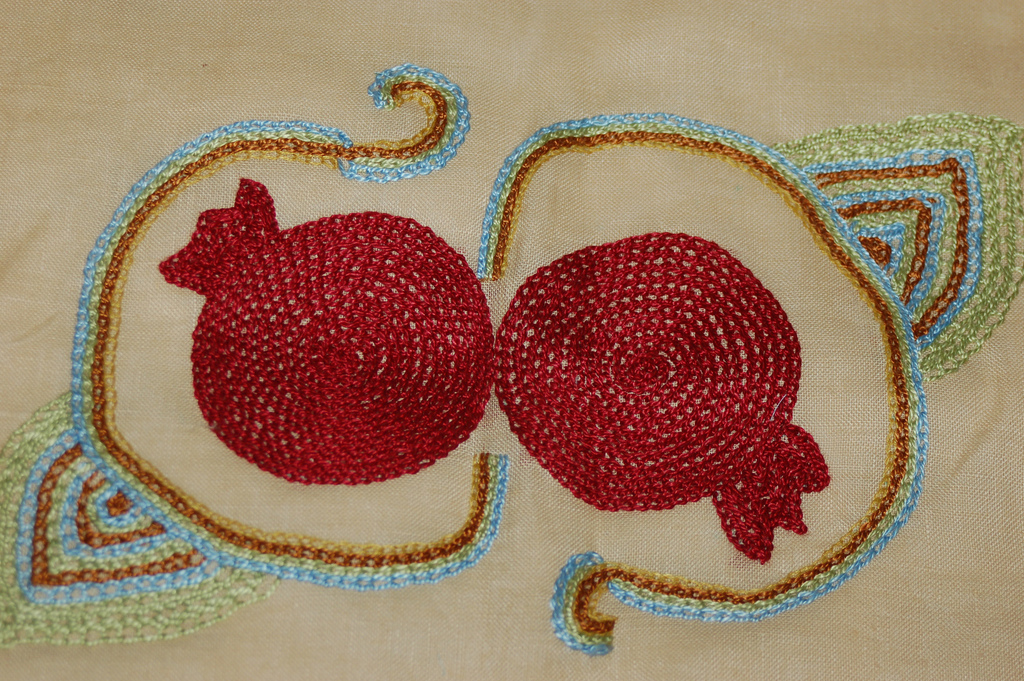 The tribe most commonly associated with the month of Tishrei is Ephraim. Ephraim is not a son of Jacob, but a son of Joseph. He is “adopted” by Jacob in Genesis 48:5, and they are given birth-right blessings. In a moment that reminds of Jacob stealing the birthright from his own older brother Esau, Jacob gives the younger son (Ephraim) precedence over the older (Menasseh). Joseph points out the error, but unlike Isaac blessing Jacob in error — Jacob shows us this is intentional (Gen 38:13-14).

What is the lesson of Ephraim for Tishrei? What can we learn from this patriarch and Tribe of Israel? In my research on Ephraim, I found an unexpected lesson. The lesson I learned is that Ephraim teaches us to strive to accept and work with contradictions. Truly, I found the message of Ephraim to be one of defying expectations.

Ephraim is presented in the traditional blessing of children as a model of what a Jewish boy should be. Little girls are told, “May God make you like Sarah, Rebecca, Rachel and Leah.” This makes sense. We want the girls to learn the lessons of the matriarchs and be blessed. Why then are boys told, “May God make you like Ephraim and Menashe.” Why these two and not “Abraham, Isaac, Jacob, and David”?

Ephraim the man and the tribe, are presented in the scriptures as “domineering, haughty, discontented, and jealous.” (wikipedia) In Deuteronomy 33:17, the Tribe of Ephraim is described as “his horns are the horns of the wild-ox; with them he shall gore the peoples all of them, even the ends of the earth.” Why do we want our sons to be like Ephraim?

Rabbinic Judaism rehabilitates Ephraim. According to the Jewish Encyclopedia, Genesis Rabbah tells us that Ephraim was chosen for the birthright over his elder brother because he was modest and selfless. Was Ephraim a sweet boy, who becomes a bully by being elevated over his brother or did the rabbis give him a makeover because they needed to find a reason for the younger being elevated over the older? The important part of this for me is that assumed expectations are turned over.

The tribe of Ephraim was one of the most powerful tribes. Two of the most powerful cultic centers were placed in the boundaries of Ephraim: Beth-el and Shiloh. I find this fascinating because Ephraim is the result, most likely of a mixed marriage. He is the son of Joseph and Asenath — an Egyptian. The rabbis, of course, needed to find ways for her to be an Israelite, so they make her the daughter of Dinah who sends her daughter to Egypt to protect her (but that’s another story). Ephraim, a man who’s mother is not an Israelite, is given great power in the tribes. Later, as part of the Northern Kingdom, the practices of the Ephramites are called into question as the Israelite religion centers power in Judah and Jerusalem.

I think there are many ways we could interpret all this information, but here is how I have interpreted it. The message of Ephraim is a reminder that too much power should not be consolidated in one place or authority. The loss of Shiloh and Beth-el as cultic centers and the practices diminished Judaism’s diversity and began the creation of a myth that there is one way to be a Jew. Another way to phrase this is that Ephraim begs us to embrace plurality, not fear it.

This high holy day season, take this lesson of Ephraim and explore the many different ways to be a Jew. Explore the great wealth of Jewish practice from around the world. Bless those who maintain a Jewish identity, even if they do not practice the way you do. Don’t fear those who seem more “assimilated” into other cultures than you might be:

“If you are in Rome, do as the Romans do. Moses, when he spent forty days and forty nights in heaven, where there is neither eating nor drinking, neither ate nor drank. On the other hand, when the angels visited Abraham, they partook–or pretended to partake–of the meat and drink which were prepared for them.” (Midrash Genesis Rabbah:(VAYERA) [XLVIII. 14-15 – as found at: http://www.sacred-texts.com/jud/mhl/mhl05.htm)

This Tishrei be brave like Ephraim and embrace all that it means to be Jewish. What is old and what is new. Learn from the past, from the good and the bad. Embrace the future, and explore all the possibilities.

L’shanah Tova. May you have a sweet and wonderful new year.

3 Replies to “Tishrei: The Lessons of Ephraim”